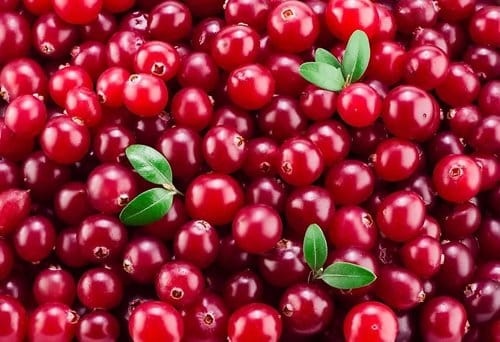 Cystitis is urinary tract infection (UTI) that affects the bladder. It is usually caused by bacteria entering the bladder or urethra. This can sometimes occur naturally with eradication of the natural bacterial flora in your vagina causing you pH to become imbalanced. Cystitis can affect anyone; however, it is more common amongst women.

There are a lot of misconceptions about cystitis. Let’s get a better understanding of cystitis and explore some common cystitis myths.

The truth is, both men and women can be diagnosed with cystitis. However, men who have symptoms of cystitis may have an underlying cause and that is why it is recommended to always see the GP. Although, it rarely occurs in men, it cannot be out ruled, so if you’re unsure on your symptoms speak to a health care professional.

Cranberry Juice is the answer to Cystitis?

I think it’s safe to say that most women swear by cranberry juice and often keep one stored away in their cupboards for when they experience bladder problems. Cranberries contain an active ingredient called proanthcyanidins, which is assumed to prevent bacteria to stick to the lining of the urinary tract.

A study was conducted in a nursing home to patients who have cystitis. Half of the patients were given a cranberry pill and the other half was given a placebo pill. The cranberry pill was equivalent to one pint of cranberry juice a day. Results showed that there was no significant difference in the reduction of bladder problems experienced amongst the patients.
Currently, there’s not enough evidence to suggest that cranberry products can sole help reduce the symptoms of cystitis. 50% of cystitis cases can be “flushed out” by drinking at least 2l of water a day. However if the symptoms persist then using antibiotics such as Macrobid (Nitrofurantoin) or Trimethoprim may help.

If I don’t drink, I will not need to go toilet?

It is evident the more we drink the more we will have the urge to urinate. When suffering with cystitis it is important to be drinking plenty of fluids, this helps flush out all the toxins from your body. If you choose not to drink fluids, then you may end up becoming dehydrated causing your urine to become more concentrated. This results in bacteria building up further and irritating the bladder.

It is essential you drink lots of water and avoid drinks that may irritate your bladder, such as fruit juices, caffeine and alcohol. Most importantly pee frequently.

Yes, sex is a common causes of cystitis, among women. It is normal that during sexual intercourse, bacteria may make its way into the bladder. Generally, this is nothing to worry about and usually gets flushed out during urination. However, most women seem to think that bacteria is usually transmitted during sex, causing women to get a UTI. This is far from the truth.
The term ‘honeymoon cystitis’ is often used and can occur when women have sex for the first time or after a long period of time. Normally, this is caused by a man’s penile thrusting which causes irritation on the back wall of the bladder. The bacteria often multiplies causing infection. It is generally said, that most women get cystitis at least once in their lives and can be caused by several reasons.

What do I do if I get Cystitis?

Don’t worry, there are cystitis treatments available from The Family Chemist. A course of Nitrofurantoin (Macrobid) or Trimethoprim which are antibiotics can be used to clear the bacteria in a matter of days. You can also use painkillers and a lot of water to relieve symptoms such as abdominal pain or pain when urinating. Go ahead and complete a short online consultation and select the most suitable antibiotic.

To conclude, if you think you have a UTI and unsure of your symptoms then contact our Family Clinician and they can put your mind to ease.